IF THOSE WHO COULD, WOULD: the soul-nurturing joys of buying locally 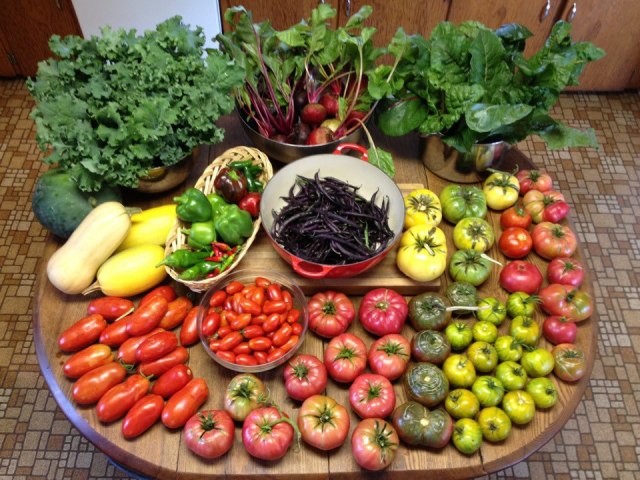 Lord, how I wish my father had lived long enough to experience the whole pasture-raised, grass-fed, know-your-farmer movement.  Ralph Neely was a man who knew good meat, knowledge nurtured in the family-owned butcher shops he sought out and supported in big cities like Cleveland and small towns like Stockbridge, Michigan.

Memories of my dad spring to mind unbidden after an hour spent touring Emma Acres and buying meat  from farmer Mark Skowronksi.  Emma Acres is located at 9221 Waters Rd. a mile west of Parker Rd. in Washtenaw County.  If you’re headed west on Waters and come to the one lane bridge you’ve just passed it on the left.  There’s not much of a website yet – Mark and his wife no doubt too busy farming – but they are on Facebook at http://www.facebook.com/#!/emmaacres.farm .

One could not be more gracious than Mark and his young daughter Emerson but Emma the Farm Dog tried.  Emma insisted that Daisy the Terrier  – who accompanied me to the farm along with her brother, Casey the Shih Tzu  – join her on a never-ending series of full-speed gallops around the 80-acre property.

I was amazed when eventually Casey, who most emphatically does NOT socialize with other dogs and descends from ancestors bred to do nothing more than sit by an Emperor’s throne and appear aloof, was won over by Emma’s insistent hospitality and climbed out of the truck to grace the others with his imperial presence.

I bought an assortment of pastured broilers, lamb and pork along with smoked kielbasa and chorizo.  Mark raises two breeds of pigs, although he’s moving toward raising only the heritage breed known as Large Black Hogs; that really is the breed’s name!  I was scared when Daisy the Terrier followed Emma the Farm Dog into the hog pen  – didn’t Anthony Hopkin’s character feed someone to the hogs in “Hannibal”? – but everything turned out alright.  Take a look at the Large Black Hogs from Emma Acres and a scene from a Concentrated Animal Feed Operations (CAFO)somewhere in our nation’s heartland.  Which pork would you rather eat? 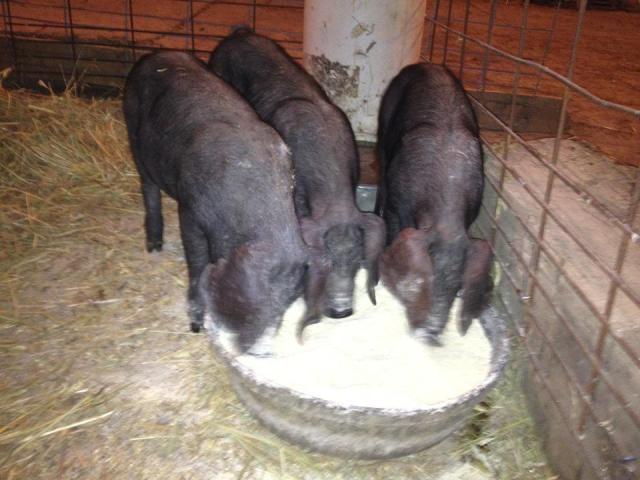 Hogs finished off in a CAFO, coming to a grocery store near you soon.

The night after my visit Linda and I had our best meal of the fall: a Emma Acres broiler with tiny Brussels Sprouts purchased at the Farmers’ Market and fingerling potatoes dug up at White Lotus Farms before they closed for the season.  http://www.whitelotusfarms.com/

Not everyone can afford to buy everything locally; Emma Acres meat prices are on par with Whole Foods prices.   For reasons of taste, the environment and the nurturing of my soul  I think my purchase was a bargain but I’ll guarantee you I wasn’t laying out $4.25 a pound for chicken when my kids were young and eating everything in sight.  Similarly there are consumers on fixed incomes or who are not mobile enough to visit farmers’ markets or places like Emma Acres.

But I’m convinced we could make a tremendous change in the safety of our food supply and the health of our nation if those who could, would.

Emma the Farm Dog, the Hostess with the Mostess, watching over her flock by night.