River’s gonna take you where it wants you to go:
can’t tell the wind not to howl or the river not to flow.

I have been thinking of writing a piece on the river in art – literature, music, visual arts –  but the topic is simply too huge to tackle right now. One day I will take that on, but today I will touch on the potential of youth and the tenacity of the creative soul once youth is no longer a factor. Oh, and the writing process, too. 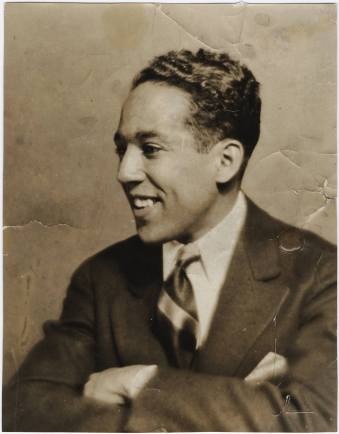 Langston Hughes as a young man

I have a friend who would not allow younger colleagues to use their age as a bar to accomplishment. “George Washington was commanding troops in battle when he was 19,” my friend would say, and so George Washington was, in the French-Indian Wars. When I see my friend again I’ll tell him about Langston Hughes writing the poem ‘The Negro Speaks of Rivers’ at the age of 17; perhaps my friend will want to add the story to his inspiring tales of youthful accomplishment.

In his autobiography Hughes wrote that ‘The Negro Speaks of Rivers’ came to him quickly as he crossed a bridge over the Mississippi while traveling on a train. “No doubt I changed a few words the next day, or crossed out a line or two. But there are seldom many changes in my poems, once they’re down,” Hughes wrote in his autobiography.

Thank God that Hughes did not write his magnificent poem under the guidance of virtually every writing instructor in the world. The process advocated by these instructors is to vomit out a first draft – it doesn’t matter what you vomit, just so long as you puke up something – then cutting, rewriting and editing your work forever and ever until you are absolutely exhausted, entirely discouraged, and the finished piece bears little resemblance to the initial inspiration.

I am not opposed to the idea of rewriting – and doing so over and over and over again – but I wonder how many brilliant written moments have been discarded forever under the false notion that nothing good is written in a first draft. Abe Lincoln didn’t do badly with his one draft of the Gettysburg Address; did he? I guess the trick is in learning to recognize what is true inspiration and what is garbage. (And lest you think I don’t revise and rewrite, WordPress tells me I have made 26 revisions to this post.)

Here’s  Langston Hughes’s first draft – almost, at least – on rivers and so much more.

The Negro Speaks of Rivers

I bathed in the Euphrates when dawns were young.
I built my hut near the Congo and it lulled me to sleep.
I looked upon the Nile and raised the pyramids above it.
I heard the singing of the Mississippi when Abe Lincoln went down to New Orleans, and I’ve seen its muddy bosom turn all golden in the sunset.

While we marvel at 17-year-old Langston Hughes, let’s consider that age is no bar to accomplishment at the other end of the spectrum, either. Van Morrison turned 72 this year, and his recent album includes some beautiful river music.

Join Us: BYOC/K (bring your own canoe/kayak). Our next trip will be from Grand River Park in Lansing to the dam/fishladder downtown, after which we plan to close out the season by backtracking to a few spots we skipped last year in Jackson County.