On Chasing Girls and Movie Stars

A Slice of Life Along the Grand in the Off-Season

May God grant you

a first love to chase ’round the playground,

a lifelong friend for inspiration,

One of our granddaughters is being chased by two boys at recess. She is seven years-old, in the first grade, and not complaining. She enjoys and encourages the chase. Not yet sure which boy she will marry, she chases them if they try to take a break.  Love is wonderfully uncomplicated in its early manifestations.

My granddaughter’s courtship rituals evoke my own memories of chasing a girl named Tina – Bird Legs, my father called her – around the playground in Cleveland when I was her age. Bombarded as we are by signs of an impending apocalypse, it is reassuring that some me things don’t change.

During the summer I moved to Michigan – 1967,  before I started seventh grade –  I was briefly infatuated with a girl in my new neighborhood named Sara and called her on the phone one afternoon to ask if we could “go together.”

“No thanks,” Sara said. Surprisingly, I wasn’t crushed even though she answered without the slightest hesitation. As I recall we made plans to meet up with the neighborhood gang later in the day and life went on just as it had. School started in September and I became intrigued by a girl named Theresa. Theresa liked me back and our romance, which consisted of talking together in the hallway between classes, lasted a couple of weeks.

I quickly lost track of Theresa but Sara and I remained in contact, to varying degrees, throughout our lives. Sara and her husband now live in the Pacific Northwest but she’s still got family in Michigan and I occasionally get together with Sara and whoever else is around when she comes back to visit.

Sara is an accomplished actress who has landed substantial roles in several independent films. I admire her because at our age it’s a hell of a lot easier to watch tv and eat ice cream. Sara came to her passion for acting later in life and in doing so provides an example as to how one can view the sunset without being mired in a web of disappointment and abandoned dreams.

Sara’s most recent film has been screened in the Northwest  but is not likely to be shown in Michigan any time soon. I told Sara how much I wanted to see the movie and a few days later a DVD arrived in the mail; she lent me her only copy. My wife, Linda, and I made plans to watch the movie on a Saturday night, which brings this story back full-circle to our granddaughter.

On that Saturday night we were torn when our granddaughter asked if she could sleep at our house. We told her that of course she was welcome but that she would have to entertain herself as we would be watching a movie. She wisely decided that wouldn’t be much fun and chose to stay home. Before we said goodbye I made arrangements to pick her up for Sunday School the next morning.

“What was the movie about?” my granddaughter asked me as we drove to church.

“Well, it was kind of a grown-up story so I don’t think you would have liked it, but a friend of mine was in the movie and that made it fun,” I said.

“Did you used to be in love with her?” Natalie asked. Where did that come from, I wondered. I chuckled.

“Did you chase her?”

I prepared an explanation of evolving courtship rituals but then figured, what the hell? Why confuse the issue?

“I sure did, Honey; I chased her all over the playground,” I said.

“Yup, that’s what you do,” she said, knowingly.

Do you know the poem Jenny kiss’d Me? My mother recited it to us when we were young. It could be changed to Natalie chase’d Me.

Jenny kiss’d me when we met,

Jumping from the chair she sat in;

Time, you thief, who love to get

Say that health and wealth have missed me, 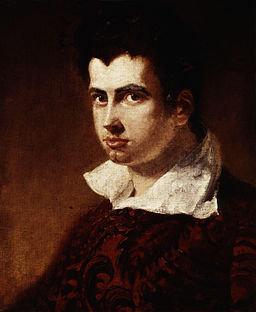